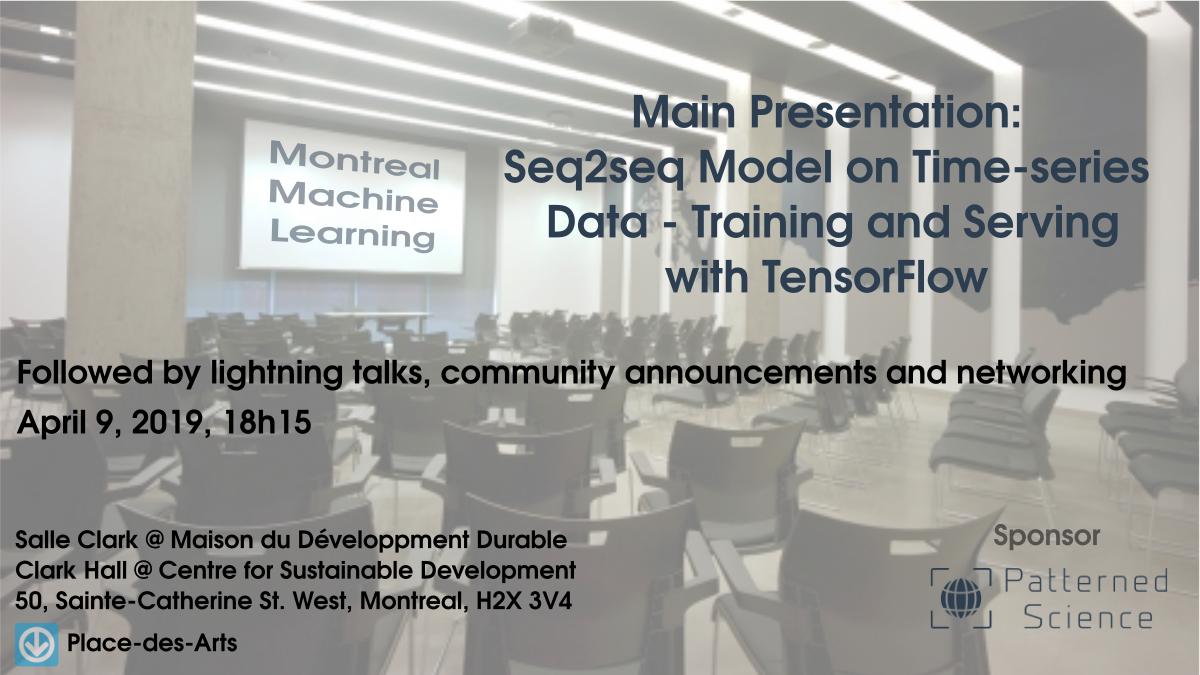 Summary: Seq2seq models are a class of Deep Learning models that have provided state-of-the-art solutions to language problems recently. They also perform very well on numerical, time-series data which is of particular interest in finance and IoT, among others. In this hands-on demo/code walkthrough, we explain the model development and optimization with TensorFlow (its low-level API). We then serve the model with TensorFlow Serving and show how to write a client to communicate with TF Serving over the network and use/plot the received predictions. The code and the video of the presentation will be made available shortly afterwards.

Bio: Masood Krohy is a Data Science Platform Architect/Advisor and most recently acted as the Chief Architect of UniAnalytica, an advanced data science platform with wide, out-of-the-box support for time-series and geospatial use cases. He has worked with several corporations in different industries in the past few years to design, implement and productionize Deep Learning and Big Data products. He holds a Ph.D. in computer engineering.

Bio: Jules Lambert is a data scientist at Ubisoft. Before switching to data science, he had a background in theoretical condensed matter physic where he studied electron in high magnetic field in graphene.

Title: CNN Based Auto-Pilot for a Wheelchair: A brief story of the results of rapid development of a CNN based self driving wheelchair using open source software & low cost hardware

Summary: This lightening talk describes the development & results that were successfully used to create a proof-of-concept (POC) prototype for a CNN based auto-pilot function that was able to autonomously drive a wheelchair based on a single input image stream from forward facing camera . A brief explanation of how the CNN is used to autonomously drive the wheelchair is provided, including a short video demo. As well, a description of the low-cost hardware/software system, & the learnings that were obtained, now being used as a basis for the next stage of development, will also be presented.

Bio: Jenny is collaborating as Chief Scientist, Applied AI, at Eightfold Technologies, and responsible for the development of vision based self-driving technology for Eightfold’s SmartChair. She is the CEO and founder of Blue Horizon AI, a start up dedicated to applying AI in autonomous technologies to assist the disabled. Prior to this, she has 25 years experience in R&D in the Telecom Industry.

Summary: Neighborhoods are vaguely defined, localized regions that share similar characteristics. They are most often defined, delineated, and named by the citizens that inhabit them rather than municipal government or commercial agencies. In this work I take a data-driven approach to identifying neighborhood names based on the geospatial properties of user-contributed rental listings. Through a random forest ensemble learning model applied to a set of spatial statistics for all n-grams in listing descriptions, I show that neighborhood names can be uniquely identified within urban settings.

Bio: Grant McKenzie is an Assistant Professor of Geoinformatics at McGill University. Much of his work examines how human activity patterns vary within and between local places and global communities. This has driven his applied interests in financial accessibility, geoprivacy, and micro-mobility services. Grant is a founding member of the Seattle-based start-up consultancy Spatial Development International and has worked as a data scientist and software developer for a range of NGOs and leading technology companies.

Title: On the importance of explanation for AI adoption in industry

Summary: The recent upsurge in Artificial Intelligence (AI) has focused deeply on one specific area of AI i.e., machine learning, in which most of applications are in the business-to-customer space. In industrial settings, and particularly for critical systems, humans, operator, regulator and any decision maker require trust in AI systems. Such trust could be materialized by safety, robustness, certification, interpretation or explanation, depending on levels of criticality. We will (quickly) review the industrial motivations behind explainable AI systems, give a brief overview of existing approaches in eXplainable AI, and present CortAIx – the new research center of Thales focusing on AI for Industry adoption at scale.

Bio: Dr. Freddy Lecue is the Chief Artificial Intelligence (AI) Scientist at CortAIx (Centre of Research & Technology in Artificial Intelligence eXpertise) at Thales in Montreal - Canada. He is also a research associate at INRIA, in WIMMICS, Sophia Antipolis - France. Before joining the new R&T lab of Thales dedicated to AI, he was AI R&D Lead at Accenture Labs in Ireland from 2016 to 2018. Prior joining Accenture he was a research scientist, lead investigator in large scale reasoning systems at IBM Research from 2011 to 2016, a research fellow at The University of Manchester from 2008 to 2011 and research engineer at Orange Labs from 2005 to 2008. 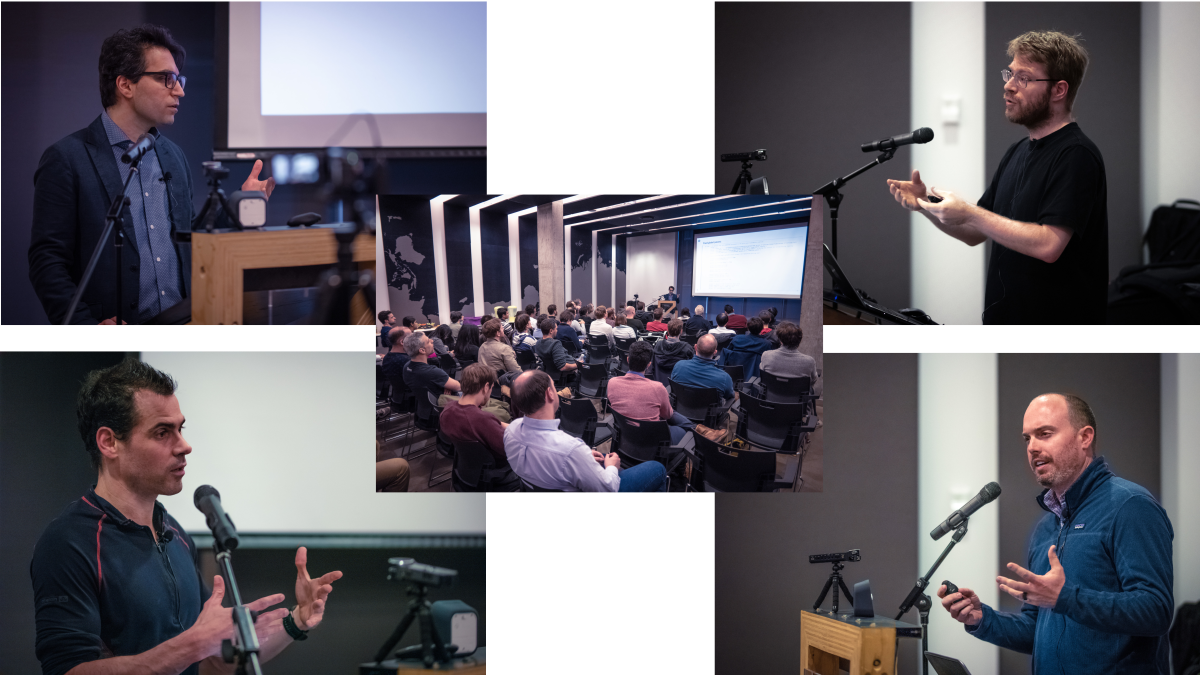